THE RED LION INN was built by Marge and Larry Burdick in 1962. The doors opened in mid-February 1963. It was called an Inn because Larry originally anticipated renting some of the rooms above the restaurant on a nightly basis. However, he and Marge had seven children and there was literally “no room at the Inn!”

THE BURDICKS LIVED UPSTAIRS and the hospitality was superb!  The Red Lion Inn fast became the hot spot for meeting and eating in Vail. Many of the great plans and mergers, both business and domestic, were fueled at the Red Lion Inn.

IN 1980, THE BURDICKS sold the Red Lion Inn. In September 1988, a group of Vail regulars and locals teamed up to rekindle the spirit reminiscent of the days of old. In November 2000, The Red Lion was purchased by a new group of locals. Today, the tradition of over 50 years of warmth and hospitality continues.

THIS IS WHERE VAIL HISTORY WAS MADE and will be made in the future. We look forward to having you be a part of it.

Make yourself at home… 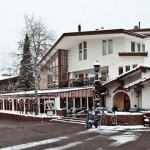 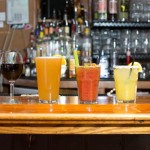 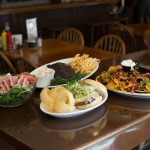 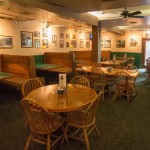 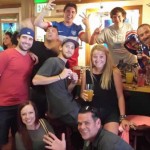 Serving Lunch and Dinner from 11:00am to close